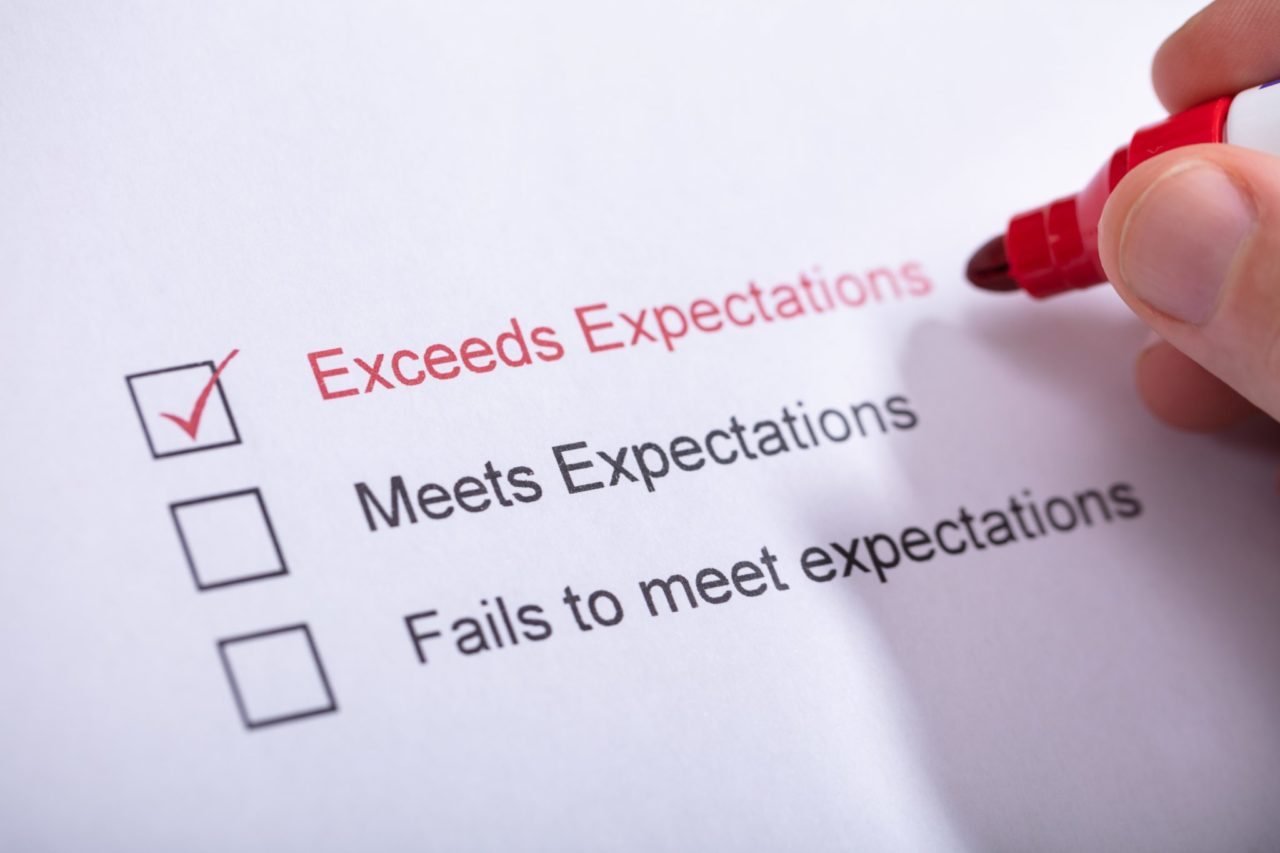 From a research summary in the June 2019 issue of the NBER Digest (see embedded PDF below) written by Linda Gorman at the National Bureau of Economic Research. Our annotations are in bold.

Investors increase the share of equities in their portfolios by about 0.7 percentage points when the return that they expect to earn on stocks rises by 1 percentage point.

Textbooks in economics and finance often caution investors against trying to “time the market,” but survey evidence suggests that there is substantial variation over time in the return investors expect to earn by holding corporate stocks. How does such variation in expected returns translate into portfolio choices? In Five Facts about Beliefs and Portfolios (NBER Working Paper No. 25744 – PDF embedded below), Stefano Giglio (formerly at the University of Chicago Booth School of Business), Matteo Maggiori, Johannes Stroebel, and Stephen Utkus use an online survey of Vanguard customers’ beliefs about future stock returns, GDP growth, and bond returns to compare investors’ expectations with their subsequent behavior.

Randomly chosen Vanguard customers participated in online survey waves from February 2017 through August 2018. There were about 2,000 survey responses per wave. If a customer responded in a wave, he was contacted again in subsequent waves. About 35 percent of the responses came from investors who responded to only one survey. Over 25 percent of respondents participated in at least four survey waves. 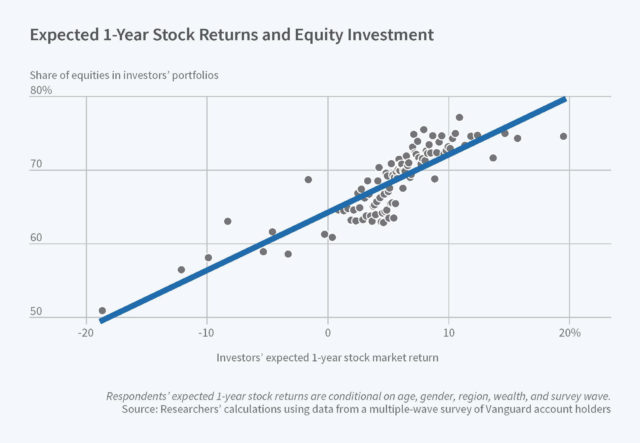 The survey data show that there is a positive relationship between an investor’s expectation of the return in the next year on a stock portfolio and that investor’s portfolio composition, but that the share of the portfolio allocated to equities is relatively less sensitive to changes in expected return compared with predictions from frictionless benchmark macrofinance models. On average, an investor expecting a 1 percentage point increase in returns over the next year increases portfolio equity holdings by about 0.7 percentage points.

While this sensitivity of portfolios to beliefs is lower than in frictionless models, there is substantial heterogeneity in that sensitivity across investors lines up with different frictions investors face. Portfolios in tax-advantaged accounts were more sensitive to changes in investors’ expectations than portfolios subject to capital gains taxes, especially if holdings were above $100,000. Portfolios in institutionally managed defined-contribution plans were about half as sensitive to changes in expectations as portfolios in individually managed plans. Investors who paid more attention to their accounts, investors who traded more frequently, and investors who were more confident in their beliefs, all had portfolios that were more strongly aligned with their expected stock returns.

There are large persistent differences across individuals in the expected stock returns. Individual fixed effects account for more than half of the variation in expectations: beliefs of optimists and pessimists are both far apart and persistent. These expectations are not well predicted by observable characteristics such as gender, age, wealth, or geographic location.

The survey asked about expectations that range beyond stock returns, and individual expectations tend to be correlated across responses. Beliefs about GDP growth and short- and long-run stock expectations are positively correlated. Those who think a stock market disaster is more likely also expect lower future cash flows and lower future returns. The empirical results imply that investors disagree about the very-long-term evolution of the market price, and that this disagreement plays an important role in determining investor beliefs. They also suggest that survey data can reveal beliefs relevant for actual investor behavior, and therefore emphasize the potential for survey data to inform macro finance theories.